What is a diamond dependency conflict?

A diamond dependency conflict is a scenario where two or more libraries in a dependency tree consume a common library using versioned references, and none of the common library versions in those references contain all of the features that the consumers expect. Consequently, it is not possible to select a set of versions that form a working program.

Let’s use an example that starts with three libraries: A, B, and D, each at version 1. A:1 depends on B:1 which depends on D:1. In the beginning, everyone is happy.

Now D introduces version 2, which adds some features but also removes some features (which we call a breaking change). This doesn’t create a problem for the existing library versions because nothing depends on it. 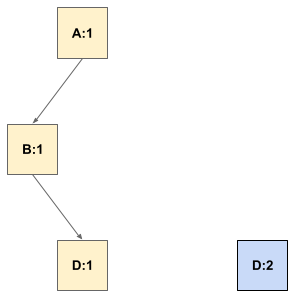 C comes along and decides to depend on version 2 of D because it’s the latest and greatest. Everything is still ok at this point. A:1 still depends on B:1 which depends on D:1. C depends on D:2. 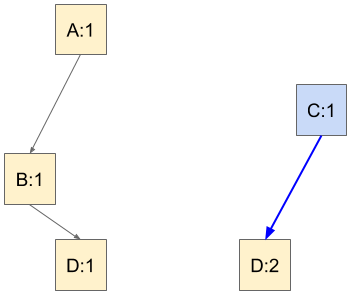 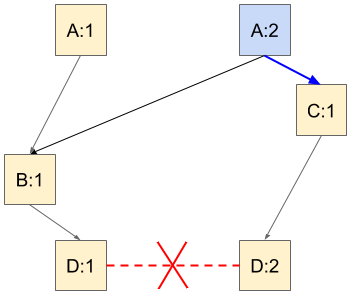 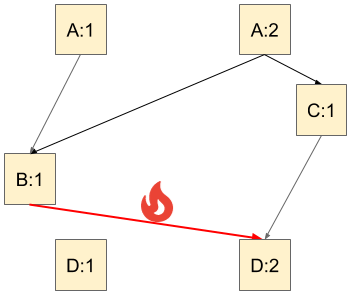 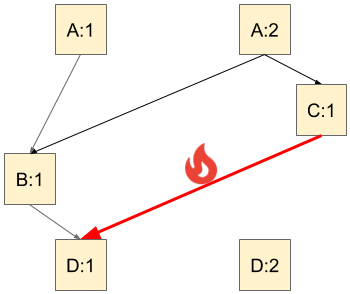 In order to move the ecosystem forward, B needs to create a new version 2, which is compatible with D:2. Then, A can form a successful diamond. 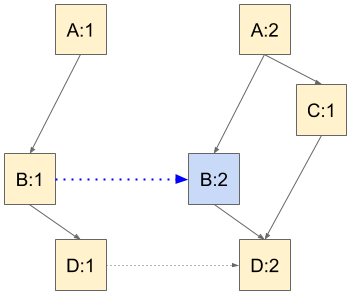 Diamond dependency conflicts are particularly difficult to solve because the changes required to solve them can’t be made by either the root of the dependency tree (here, A) or the common library in conflict (here, D); the updates need to be made in one or more intervening libraries (here, B). At the same time, the library that needs updates (library B) has no incentive to make the change. Consequently, diamond dependency conflicts must be solved at an ecosystem level instead of purely at the local level.

The rest of this site (jlbp.dev) describes a set of best practices to be applied to an ecosystem in order to achieve a state where diamond dependency conflicts either don’t occur or are very rare. All of the libraries in the ecosystem must follow the rules to maintain this state of compatibility.